Try the new Google Books
Check out the new look and enjoy easier access to your favorite features
Try it now
Buy eBook - $256.80 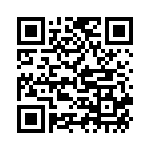