Henry Miller (1891-1980) is one of the most important American writers of the 20th century. His best-known novels include Tropic of Cancer (1934), Tropic of Capricorn (1939), and the Rosy Crucifixion trilogy (Sexus, 1949, Plexus, 1953, and Nexus, 1959), all published in France and banned in the US and the UK until 1964. He is widely recognised as an irreverent, risk-taking writer who redefined the novel and made the link between the European avant-garde and the American Beat generation. 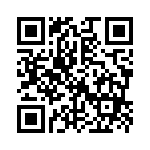