James H. Hutson has done anyone who writes or speaks about religion a huge favor. By collecting our founding father’s thoughts on more than 70 religious topics, he has offered insight into the ... Read full review

The founders on religion: a book of quotations

In this compendium, Hutson (chief, manuscript division, Library of Congress; Religion and the Founding of the American Republic ) offers quotes on religion not only from Benjamin Franklin, Thomas ... Read full review

James H. Hutson is chief of the Manuscript Division at the Library of Congress. He has been a faculty member of the History Departments at Yale University and the College of William and Mary. His books include John Adams and the Diplomacy of the American Revolution; To Make All Laws: The Congress of the United States, 1789-1989; Religion and the Founding of the American Republic; and, most recently, Forgotten Features of the Founding: The Recovery of Religious Themes in the Early American Republic. 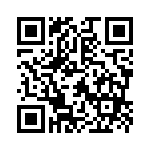