The Cat and the City

British author Nick Bradley’s marvelous debut novel in stories opens in Tokyo, as a young woman with glowing green eyes asks Kentaro, a Japanese tattoo master, to cover her body with a portrait of the ... Read full review

Nick Bradley is a graduate of the UEA Creative Writing MA who is currently completing a PhD in Creative & Critical Writing, focussing on the figure of the cat in Japanese literature. 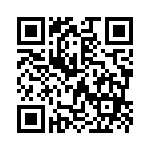