Zygmunt Bauman (1925-2017) was Professor Emeritus of Sociology at the University of Leeds, UK. He is the author of many books that have become international bestsellers and have been translated into more than thirty languages, including 44 Letters on the Liquid Modern World, Liquid Times, The Art of Life and Living on Borrowed Time. 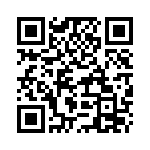