Book on the collapse of the arbitrage firm Long Term Capital Management in 1998; one that's pretty scathing on the protagonists all over the board, more or less condemning LTCM as a batch of arrogant ... Read full review

Roger Lowenstein, author of the bestselling Buffett: The Making of an American Capitalist, reported for The Wall Street Journal for more than a decade, and wrote the Journal's stock market column "Heard on the Street" from 1989 to 1991 and the "Intrinsic Value" column from 1995 to 1997. He now writes a column in Smart Money magazine, and has written for The New York Times and The New Republic, among other publications. He has three children and lives in Westfield, New Jersey. 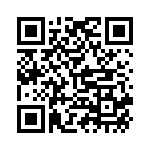