A survey of Egyptian history from prehistory until the supremacy of Christianity in the middle 300s. A lot of archaeological detail is given for the discoveries of prehistory and for the Second ... Read full review

The Oxford History of Ancient Egypt is really more of an encyclopedia than a narrative history. Each of its 15 chapters is written by a different author, presumably an expert in the particular time ... Read full review 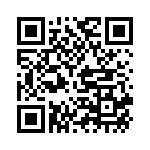