Rory Mackenzie teaches Buddhism and Practical Theology at the International Christian College, Glasgow. He has lived in Thailand for eleven years, is involved in the Thai community in Edinburgh and makes regular visits back to Thailand. 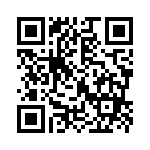