I'm not 100% convinced by Reynolds' arguments. He makes the case that pop has been eating itself perfectly well, but he didn't convince me it's bad. This was, however, a great history lesson, and I discovered some new-to-me music, so it gets back one of the stars it would have otherwise lost 8) Read full review

Fittingly, there's a lot in "Retromania" that will strike many readers as pretty familiar. Reynolds engages in some righteous boomer-hating, asking if we'll ever be free of sixties-era musicians and ... Read full review

Simon Reynolds is the author of Energy Flash: A Journey through Rave Music and Dance Culture, Blissed Out: The Raptures of Rock, The Sex Revolts: Gender Rebellions and Rock and Roll (co-written with Joy Press), Rip it Up and Start Again: Postpunk 1978-1984 and, most recently, Bring The Noise: Twenty Years of Hip Hop and Hip Rock. 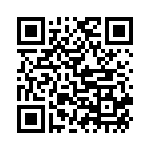