Bryan D. Jones is the J. J. Pickle Chair in Congressional Studies in the Department of Government at the University of Texas at Austin. Frank R. Baumgartner is Miller-LaVigne Professor of Political Science at Penn State University. They are the coauthors of several books, including The Politics of Attention, also published by the University of Chicago Press. 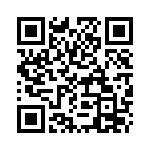