Review: The Wretched of the Earth

This is a hard one to rate. Fanon is a brilliant theorist of colonialism, racism, and the psychology of decolonization (female subjectivity, however, is conspicuously absent from his account), and The ... Read full review

Frantz Fanon (1925-1961) was born in Martinique and studied medicine in France, specializing in psychiatry. Sent to a hospital in Algeria, he found his sympathies turning toward the Algerian Nationalist movement, which he later joined. He is considered one of the most important theorists of the African struggle for independence.

Richard Philcox is the distinguished translator of many works by Caribbean writer Maryse Conde. 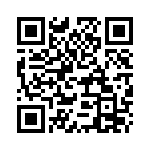