EUGENE JOLAS (1894-1927) was born in Union City, New Jersey, in 1894 but was raised by his Franco-German parents in Lorraine. In 1927 Jolas, along with his wife Maria Mcdonald and Elliot Paul, founded the influential Parisian literary magazine transition. In Paris he met James Joyce and played a major part in encouraging and defending Joyce's "Work-in-Progress," later to become Finnegans Wake, a work Jolas viewed as the perfect embodiment of his manifesto. Jolas's life and career are described vividly in his autobiography, Man from Babel.

KLAUS H. KIEFER is a fellow at the center for the Humanities at Northwestern University and has published widely on European literature from the eighteenth to the twentieth century.

RAINER RUMOLD is a professor of German at Northwestern University. He has published numerous books, editions, and articles on European modernism, avant-garde, and expressionism. 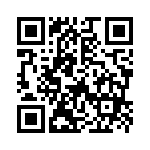