I don't normally watch cookery shows and I don't normally buy cook books, but I watched one episode of River Cottage Vegetables Every Day and was so inspired that I had to buy the book too. The ... Read full review

Hugh Fearnley-Whittingstall is a writer, broadcaster and campaigner. His series screened on ABC TV and The LifestyleFOOD cable channel have earned him a huge popular following, while his River Cottage books have collected multiple awards includingthe Glenfiddich Trophy (twice), the Andre Simon Food Book of the Year (three times), the Michael Smith Award for Work on British Food award at the Guild of Food Writers and, in the US, the James Beard Cookbook of the Year. Hugh lives in Devon with his family. 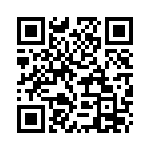