Page 4
European colonialism, oft imbued with a civilizing mission, is but one, rather late,
phase in a long history of encounter. ... still influential today, that "while
Napoleon's emergence in Europe roused the nations of Europe from their
lethargy, ...
Page 5
ditional," in opposition to "civilized," that is, "rational, scientific, well-ordered," or "
modern" Europe (Said 1978). I argue that the debate on globalization in the
human sciences since the beginning of the 1990s can help us to rethink the
history of ...
Page 82
MUSLIMS IN THE WEST Between nine and twelve million Muslims live in
Western Europe. Between four and six million more reside in America (Vertovec
and Peach 1997, 3-48). In Europe, their presence is a direct, even if under-
recognized, ... 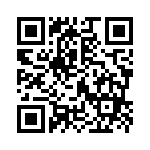