Michael Brocken is Senior Lecturer in Popular Music Studies in the School of Music at Liverpool Hope University, UK. 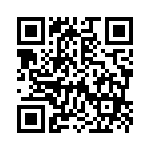