I haven't finished this book, so this review can't be considered complete, but the thing I noticed the most about the introduction is that the author subscribes to a naive and quite arrogant Whig ... Read full review

Mathematics for the million

First published in 1937 and reprinted several times since, Hogben's book took everybody's worst subject and explained it in a way that made it comprehensible to the average person. For this edition ... Read full review

Lancelot Hogben was born in Southsea, Hampshire, England, in 1895 and was educated at Trinity College, Cambridge University, where he obtained his M.S. degree. he received his D.Sc. degree from London Unversity and an honorary LL.D. from Birmingham Univesity. His other popular books include Science for the Citizen and (with Frederick Bodmer) The Loom of Language. 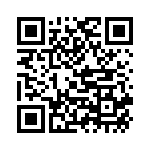