Michael Fullan is special advisor on education to Dalton McGuinty, the premier of Ontario. He formerly served as dean and professor emeritus at the Ontario Institute for Studies in Education at the University of Toronto. He holds honorary doctorates from the University of Edinburgh, Scotland and from Nipissing University. Fullan currently works as adviser and consultant on several major education reform initiatives around the world. He bases his work on research and practice on both the public and private sectors, finding an increasing convergence in this literature. He has written several bestsellers on leadership and change that have been translated into several languages, and four of his books have won book of the year awards. 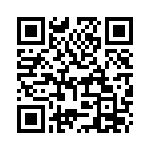