I knew about the famine in Ukraine that caused the death of several million people, but I always thought that it was caused by the resistance of the kulaks to the collectivization of farms under ... Read full review

Anne Applebaum delves deep into the historical record to present evidence for her theories. In the case of this book, the theory is that the Famine was purposely constructed to punish Ukraine for its ... Read full review

Anne Applebaum is the author of several books, including Gulag: A History, which won the 2004 Pulitzer Prize and the Duff Cooper Prize, and Iron Curtain, which in 2013 won the Duke of Westminster's Medal for Military Literature and the Cundill Prize in Historical Literature. She is Professor of Practice at the Institute for Global Affairs, London School of Economics, and a columnist for the Washington Post. She divides her time between Britain and Poland. 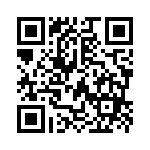