Fernand Gobet earned his PhD in psychology in 1992 at the University of Fribourg, Switzerland. After collaborating with Nobel Prize winner Herbert Simon for six years at Carnegie Mellon, he held MA26 positions at the University of Nottingham and Brunel University London. Since 2013, he is Professor of Decision Making and Expertise at the University of Liverpool. His main research interest is the psychology of expertise, which he studies in numerous domains including board games, physics, language acquisition and nursing. His research combines experimental methods with computational modelling. He has written nine books, including Foundations of Cognitive Psychology (2011). 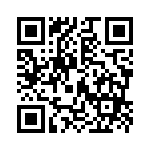