Page 146
Chief Inspector Sam Kelcey, spread-shouldered and very tall, maybe six-five,
frost-white wavy hair over a lithe figure and a tight, brown bony face, strong-
jawed and smiling. Chief Inspector Sam Kelcey, the man in charge of the many
milling ...
Page 196
Kelcey is taking enormous graft from El Courvocco. He meets Pamela, they get
together, the Mick loses her. The Mick had told her about Kelcey; so, after a while,
she's taking him. If he doesn't pay, she'll blast. Nobody could afford that.
Page 198
I liked Sweetheart for a while, then I switched to Nottiby. Then I had Nottiby up in
Nyack, dead. Then, boom, the one mistake Kelcey made, the little no-matter one,
it stood up and tore my face apart. By the ears.” “What?” the commissioner said. 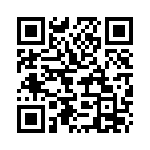