S. D. Chrostowska teaches humanities and social and political thought at York University and is the author of the critical-philosophical fragments Matches (2015), the novel Permission (2013), and Literature on Trial: The Emergence of Critical Discourse in Germany, Poland, and Russia, 1700-1800 (2012).

James D. Ingram teaches political theory at McMaster University. He is the author of Radical Cosmopolitics: The Ethics and Politics of Democratic Universalism (Columbia, 2013). 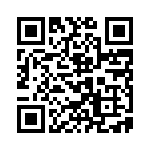