Charles Krebs is Professor of Zoology at the University of British Columbia in Vancouver and has been teaching for 40 years. He received his B.S. from the University of Minnesota and earned both his M.A. and Ph.D. from the University of British Columbia. In addition to teaching ecology, he has worked extensively on the population of rodents in Northern Canada, the United States, and Australia, trying to understand the mechanisms behind population fluctuations. He has published three ecology textbooks including Ecology: The Experimental Analysis of Distribution and Abundance, Fifth Edition and Ecological Methodology, Second Edition both published by Benjamin Cummings. In his spare time, Charles can be found drinking fine wines.hors have any!) hiking and kayaking. He is married and has three cats. 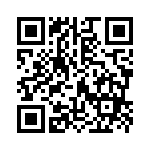