Ian H. Witten is a professor of computer science at the University of Waikato in New Zealand. He directs the New Zealand Digital Library research project. His research interests include information retrieval, machine learning, text compression, and programming by demonstration. He received an MA in Mathematics from Cambridge University, England; an MSc in Computer Science from the University of Calgary, Canada; and a PhD in Electrical Engineering from Essex University, England. He is a fellow of the ACM and of the Royal Society of New Zealand. He has published widely on digital libraries, machine learning, text compression, hypertext, speech synthesis and signal processing, and computer typography. He has written several books, the latest being Managing Gigabytes (1999) and Data Mining (2000), both from Morgan Kaufmann.

Eibe Frank lives in New Zealand with his Samoan spouse and two lovely boys, but originally hails from Germany, where he received his first degree in computer science from the University of Karlsruhe. He moved to New Zealand to pursue his Ph.D. in machine learning under the supervision of Ian H. Witten, and joined the Department of Computer Science at the University of Waikato as a lecturer on completion of his studies. He is now an associate professor at the same institution. As an early adopter of the Java programming language, he laid the groundwork for the Weka software described in this book. He has contributed a number of publications on machine learning and data mining to the literature and has refereed for many conferences and journals in these areas.>

Mark A. Hall holds a bachelor’s degree in computing and mathematical sciences and a Ph.D. in computer science, both from the University of Waikato. Throughout his time at Waikato, as a student and lecturer in computer science and more recently as a software developer and data mining consultant for Pentaho, an open-source business intelligence software company, Mark has been a core contributor to the Weka software described in this book. He has published a number of articles on machine learning and data mining and has refereed for conferences and journals in these areas. 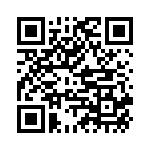