Page 30
4| Throughout the film everybody behaves with similar idiocy; we are supposed to
believe, for instance, that a community of farmers and fishermen—tough, practical
folk, one might assume—can devise no better defense, like maybe guns, than ...
Page 11
Instead, it is being frozen out, as in the case of Drew Associates, perhaps the
most important American group, which produced Primary, Yamki No, • The Chair
and a dozen other short films made with a mobile sound and camera system.
Today ...
Page 46
The meeting in Moscow of the Film Workers Union last April was ominous. The
chairman, an elderly director named Ivan Pyryev, who, although—or perhaps
because—a six-time Stalin Prize winner, is little known outside his native land, ... 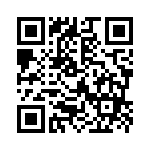