Catherine Reef received a degree in English from Washington State University. She began her career as a writer at Washington State, where she created brochures for the College of Pharmacy and developed the university's first research magazine. She is the author of more than 35 nonfiction books for young people. She has received several awards including the Joan G. Sugarman Children's Book Award for Walt Whitman in 1996, the Sydney Taylor Award for Sigmund Freud: Pioneer of the Mind in 2002, and a Golden Kite Honor Award for Ernest Hemingway: A Writer's Life in 2010. 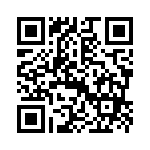