William Kerrigan is a professor of English at the University of Massachusetts at Amherst. His books include The Idea of the Renaissance, written with Gordon Braden, and Hamlet's Perfection, both available from Johns Hopkins. 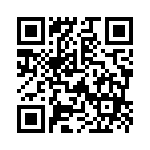