Kerensa Jennings is a storyteller, strategist, writer, producer and professor.

Kerensa's TV work took her all over the world, covering everything from geo-politics to palaeontology, and her time as Programme Editor of Breakfast with Frost coincided with the life-changing events of 9/11.

The knowledge and experience she gained in psychology by qualifying and practising as an Executive Coach has only deepened her fascination with exploring the interplay between nature and nurture and with investigating whether evil is born or made - the question at the heart of Seas of Snow.

As a scholar at Oxford, her lifelong passion for poetry took flight. Kerensa lives in West London and has developed a career in digital enterprise to help inspire young people across the UK and unlock their potential.

Seas of Snow is her first novel. 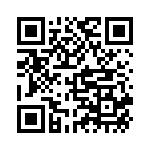