Page 303
... a former headmaster of the Australian school , who told them of the great 100 - years - old convict - built stone house , with walls 3 ft . thick , which still stands , of the older Government House , which is now part of the school ...
Page 394
... at Bagatelle and Monceaux bore witness to his taste and skill . But , as he confided to certain ladies of the Court , he was dissatisfied with his principal . I never saw a more lazier and a man of less taste , " he told them .
Page
We are now told that of the 20 , no less than seven are coming home , two , in fact , have already arrived . On being interviewed they said that they did not like the dark coloured bread or the sausages , and that they felt homesick . 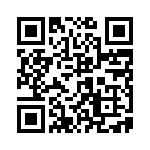