Prof. Dr Jean Bourgeois is professor and head of the Department of Archaeology and Ancient History of Europe at Ghent University. His main research topics are the Study of Bronze and Iron Age in Western Europe, archaeological aerial photography and the study of the Frozen tombs in the Altay mountains. The last 20 years he was responsible for the archaeological aerial photography in the western part of Belgium.

Dr Nicholas J Saunders is Senior Lecturer in Archaeology and Anthropology at the University of Bristol, U.K., and co-director of the Great Arab Revolt Project in southern Jordan. He is responsible for the M.A. in Historical Archaeology, M.A. in Archaeology and Screen Media, and a new M.A. in 20th-century Conflict Archaeology from October 2009. From 1998-2001, he was British Academy Senior Research Fellow, then Reader, at University College London, studying the material culture of the First World War. His main research interests are the archaeology, landscape, material culture, and cultural memory of 20th-century conflict on the Western Front and in the Middle East. He has published numerous academic articles and books on these topics, and his recent 'Killing Time': Archaeology and the First World War (2007) introduces the newly-established field of conflict archaeology to a wider general audience.

Piet Chielens is coordinator of the In Flanders Fields Museum in Ypres. He is author and co-author of several books focussing on different aspect of World War One. Most recently being De Laatste Getuige (2006) on the war landscape in Flanders and the newly published World War I, Five continents in Flanders (2008). From a museographic points of view he is interested in the landscape of the Great War and the translation of aerial photographic data to a broader public. 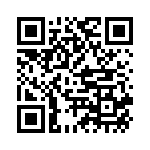