Page 133
Rir Thomas ( Hen-Coats, M.P. J. Ramsay Maodonald, M.P. Sir Wm. Ramsay,
K.C.B., LLD., D.Sc, F.R S. (Ex-President of the Chemioal Society). Prof. Sir Wm.
Crookes, O.M.. F.R.S., DSc. (Secretary of the Royal Institution of Great Britain).
Page 474
He referred to the position whioh had been taken by those who were known as
the " last-ditohera," and asserted that the able and statesmanlike lead whioh had
been given by the president was a muoh wiser position to take, and that it was ...
Page 517
The twentieth anniversary was observed on the 26th nit., when tie annual
meeting was held in the Council Chamber, Southampton, the chair being taken
by the president, Mr. E. R. Ensor (Southampton). The minutes of tie laBt annual
meeting, ...

55 other sections not shown 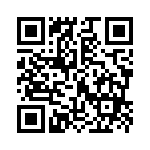