This is an excellent volume on the History of the telescope by a well-known astronomer. The volume traces the origin, evolution and development of this most essential astronomical instrument. The book is written in a lively and interesting style. Read full review

STARGAZER: The Life and Times of the Telescope

The story of telescope makers and their instruments, told with gleeful professionalism by the astronomer in charge of the Anglo-Australian Observatory.Watson opens this pleasing history with a little ... Read full review

Dr Fred Watson is Astronomer-in-Charge of the Anglo-Australian Observatory at Coonabarabran in central NSW, where he is responsible for the scientific output of Australia's largest optical telescope. Fred writes regularly for Sky + Space magazine and the annual Yearbook of Astronomy. His articles have also appeared many well-known journals, including New Scientist, Sky + Telescope and Astronomy Now. Fred is a frequent broadcaster, and has a regular spot on ABC Local radio. 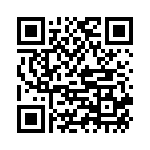