This up-to-date, definitive, virtual tour and archaeological survey of the ancient Canaanite city is divided into three chapters. The first summarizes geography and history of the city, tell, and ... Read full review 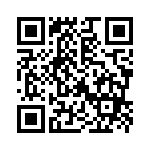