PLOT OR PREMISE: This book is an amazing collection of 36 shortstories from a master storyteller combining romance, history, danger, twists, international intrigue, and domestic angst. . WHAT I LIKED ... Read full review

Another terrific set of stories from the master of short stories. I love the twist in the plot that every story contains that leaves you thinking "I didn't see that coming!" I always feel so smart if I figure it out before its stated, but I'll admit thats rare. A great collection Read full review

Jeffrey Archer was born on April 15, 1940, in Somerset, England, and has survived a roller coaster life of fame, financial ruin, political prominence, and scandal. After graduating from Oxford, Archer founded his own company named Arrow Enterprises and promptly amassed a fortune. In 1969, he was elected to the House of Commons. A conservative Member of Parliament, Archer was, at the age of 29, the youngest member at that time. While in Parliament, Archer invested in a corporation and lost his fortune because of embezzlement. Devastated and facing financial ruin, Archer recounted his experiences in his book, "Not a Penny More, Not a Penny Less." The success of this book launched Archer's writing career. "Kane & Abel" and "Honor Among Thieves" are some of Archer's other well-known titles. "Shall We Tell the President?", a work of fiction about an assassination plot on "President Edward Kennedy," created much controversy, and was considered to exhibit poor taste toward the Kennedy family. Archer himself encountered controversy when, while he was serving as the Deputy Chairman of the Conservative Party in 1987, a prostitute claimed to have had sex with him and to have accepted money to leave the country. Archer won a case against the tabloids that printed the story and once again survived an unpleasant situation. In 1992, Archer was created a Life Peer. In addition to his controversial writings, Archer also writes plays and children's books. 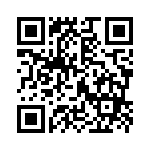