Review: A Little Matter of Genocide: Holocaust & Denial in the Americas 1492 to the Present

Ward Churchill has achieved an unparalleled reputation as a scholar-activist and analyst of indigenous issues. He is a Professor of American Indian Studies at the University of Colorado, Boulder, a leading member of AIM, and the author of numerous books, including A Little Matter of Genocide, Struggle for the Land, and Fantasies of the Master Race. 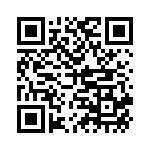