John Holloway is a Professor in the Instituto de Ciencias Sociales y Humanidades of the Benemerita Universidad Autonoma de Puebla in Mexico. His publications include Crack Capitalism (Pluto, 2010), Change the World Without Taking Power (Pluto, 2005), Zapatista! Rethinking Revolution in Mexico (co-editor, Pluto, 1998) and Global Capital, National State and The Politics of Money (co-editor, 1994). 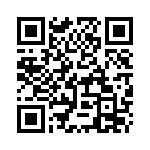