Hans Rosling was a medical doctor, professor of international health and renowned public educator. He was an adviser to the World Health Organization and UNICEF, and co-founded Medecins sans Frontieres in Sweden and the Gapminder Foundation. His TED talks have been viewed more than 35 million times, and he was listed as one of Time Magazine's 100 most influential people in the world. Hans died in 2017, having devoted the last years of his life to writing this book. Ola Rosling and Anna Rosling Ronnlund, Hans's son and daughter-in-law, were co-founders of the Gapminder Foundation, and Ola its director from 2005 to 2007 and from 2010 to the present day. After Google acquired the bubble-chart tool called Trendalyzer, invented and designed by Anna and Ola, Ola became head of Google's Public Data Team and Anna the team's senior user experience (UX) designer. They have both received international awards for their work. 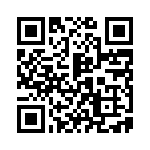