Bad samaritans: the myth of free trade and the secret history of capitalism

Chang (economics, Cambridge; Kicking Away the Ladder) presents a sharp criticism of the world's economic superpowers, which act as "bad Samaritans" in advocating free markets and free trade in ... Read full review

Ha-Joon Chang has taught at the Faculty of Economics, University of Cambridge, since 1990. He has consulted for numerous international organizations, including the United Nations, the World Bank, and the Asian Development Bank. He has published eleven books, including Kicking Away the Ladder, winner of the 2003 Myrdal Prize. In 2005, Chang was awarded the Leontief Prize for Advancing the Frontiers of Economic Thought. 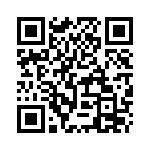