Sarah Wise has an MA in Victorian Studies from Birkbeck College. She teaches 19th-century social history and literature to both undergraduates and adult learners, and is visiting professor at the University of California's London Study Center, and a guest lecturer at City University.
Her interests are London/urban history, working-class history, medical history, psychogeography, 19th-century literature and reportage.
Her website is www.sarahwise.co.uk

Her most recent book, Inconvenient People- Lunacy, Liberty and the Mad-Doctors in Victorian England (Bodley Head), was shortlisted for the Wellcome Book Prize 2014.

Sarah was a major contributor to Iain Sinclair's compendium London, City of Disappearances (2006). She has contributed to the TLS, History Today, BBC History magazine, the Literary Review, the FT and the Daily Telegraph. She discussed bodysnatching for BBC2's History Cold Case series; provided background material for BBC1's Secret History of Our Streets; and spoke about Broadmoor Hospital on Channel 5's programme on that institution.She has been a guest on Radio 4's All in the Mind, Radio 3's Night Waves and the Guardian's Books Podcast about 19th-century mental health. 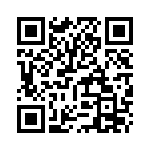