Abolitionist, doctor, and novelist of Clotel, William Wells Brown was originally known as Sandy and grew up enslaved on a farm next to Daniel Boone's before his escape and meteoric rise. Read full review

A scholar fills in the gaps in the life of a former slave who became one of the most famous African-Americans of the 19th century.Greenspan (English/Southern Methodist Univ.; editor: William Wells ... Read full review

Ezra Greenspan is the Edmund J. and Louise W. Kahn Professor of English at Southern Methodist University and the editor of William Wells Brown: A Reader. He lives in Dallas, Texas. 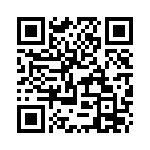