Marshall Cobleigh was the driving force and sponsor for important local legislation, such as that which created the technical-vocational school in Nashua, the Health Careers College in Concord, and the turnpike liquor stores in Nashua, Portsmouth, and Hooksett, that have raised substantial revenue to help the state finance unmet needs. He sponsored bills which became laws that mandated ramps on public buildings to assist the physically handicapped, provided free tuition for children of prisoners of the war in Asia, controlled the sale of unsafe flammable fabrics with special emphasis on children's nightwear. Cobleigh was a champion for the “first in the nation” status of the New Hampshire primary, which brings an estimated 300 million dollars in revenue with each run, and adds to the state's public relations and promotion programs. He also sponsored legislation for an interstate compact for the cleanup of the Nashua River, and a Constitutional amendment providing for freedom of speech in the New Hampshire Bill of Rights, among many others. Learn more of his contributions and how he truly shaped the face of New Hampshire in so many ways, in We Ain't Making Sausage Here, the story of how he accomplished many of these great deeds, which continue to benefit the citizens of NH. There aren't many politicians today like him. One can only hope that others will come along, to follow his model of public service and community commitment.Marshall knows New Hampshire government and the people who ran it, as intimately as anyone this century. 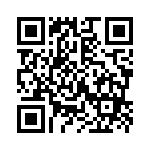