Page 66 - First, the statute must have a secular legislative purpose: second, its principal or primary effect must be one that neither advances nor inhibits religion: , , , finally, the statute must not foster "an excessive government entanglement with religion...
Appears in 360 books from 1880-2008
Page 15 - Your representative owes you, not his industry only, but his judgment ; and he betrays, instead of serving you, if he sacrifices it to your opinion.
Appears in 695 books from 1756-2008
More
Page 198 - By a faction I understand a number of citizens, whether amounting to a majority or minority of the whole, who are united and actuated by some common impulse of passion, or of interest, adverse to the rights of other citizens, or to the permanent and aggregate interests of the community.
Appears in 867 books from 1802-2008
Page 88 - Congress, under the pretext of executing its powers pass laws for the accomplishment of objects not intrusted to the government, it would become the painful duty of this tribunal, should a case requiring such a decision come before it, to say that such an act was not the law of the land.
Appears in 335 books from 1798-2007
Page 229 - No voting qualification or prerequisite to voting, or standard, practice, or procedure shall be imposed or applied by any State or political subdivision to deny or abridge the right of any citizen of the United States to vote on account of race or color.
Appears in 229 books from 1798-2007
Page 91 - Let me now take a more comprehensive view, and warn you, in the most solemn manner, against the baneful effects of the spirit of party generally.
Appears in 540 books from 1800-2008
Page 176 - But the concept that government may restrict the speech of some elements of our society in order to enhance the relative voice of others is wholly foreign to the First Amendment...
Appears in 210 books from 1798-2008
Page 48 - The plaintiffs' burden is to produce evidence to support findings that the political processes leading to nomination and election were not equally open to participation by the group in question — that its members had less opportunity than did other residents in the district to participate in the political processes and to elect legislators of their choice.
Appears in 73 books from 1928-2006
Page 287 - While the result of a court decision in a state legislative apportionment controversy may be to require the restructuring of the geographical distribution of seats in a state legislature, the judicial focus must be concentrated upon ascertaining whether there has been any discrimination against certain of the State's citizens which constitutes an impermissible impairment of their constitutionally protected right to vote. Like Skinner v. Oklahoma, 316 US 535, such a case "touches a sensitive and important...
Appears in 33 books from 1939-2004
Less 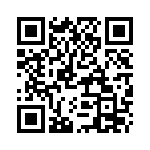