Eve Smith writes speculative fiction, mainly about the things that scare her. She attributes her love of all things dark and dystopian to a childhood watching Tales of the Unexpected and black-and-white Edgar Allen Poe double bills. In this world of questionable facts, stats and news, she believes storytelling is more important than ever to engage people in real life issues.
Set twenty years after an antibiotic crisis,her debut novel The Waiting Rooms was shortlisted for the Bridport Prize First Novel Award. Her flash fiction has been shortlisted for the Bath Flash Fiction Award and highly commended for The Brighton Prize.
Eve’s previous job as COO of an environmental charity took her to research projects across Asia, Africa and the Americas, and she has an ongoing passion for wild creatures, wild science and far-flung places. A Modern Languages graduate from Oxford, she returned to Oxfordshire fifteen years ago to set up home with her husband.
When she’s not writing she’s romping across fields after her dog, trying to organise herself and her family or off exploring somewhere new.
Follow Eve on Twitter: @evecsmith 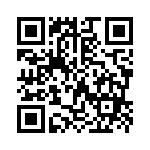