Mark Sutcliffe is a writer, broadcaster and entrepreneur who lives in Ottawa with his wife, Ginny, and their children, Erica, Jack and Kate. Mark is the founder of iRun, Canada's most popular running magazine and website. He hosts iRun's weekly radio show and podcast and has written regularly about running for more than five years in the Ottawa Citizen and his blog at iRun.ca. A runner since 1998, he ran his first half-marathon in 2003 and his first marathon in 2004. He has completed thirteen marathons and has raised more than $50,000 for local and national charities through running and other fundraising efforts. Mark is also an accomplished print, radio and television journalist. He writes two columns per week in the Citizen, hosts the Chat Room, a top-rated morning talk show on Ottawa's news-talk radio station 580 CFRA; The Week, a national Sunday morning political television show on CPAC; and Talk Ottawa, a local issues program airing three times a week on Rogers Television. Mark is the CEO of Great River Media Inc., which publishes iRun, the Ottawa Business Journal, the Kitchissippi Times community newspaper and several other publications. Mark was recently named volunteer fundraiser of the year at the Ottawa Philanthropy Awards and volunteer of the year by the Great Canadian Theatre Company.

Malcolm Gladwell, non-fiction writer and journalist, was born in England on Sept 3, 1963. He was raised in rural Ontario and graduated from the University of Toronto, Trinity College, with a degree in History. Gladwell was previously a business and science reporter for the Washington Post and is currently a staff writer with the New Yorker magazine. He is well-known for his many New York Times bestselling books: Blink, The Tipping Point, Outliers, What the Dog Saw, and David and Goliath. His writing is often a product of sociology and psychology with implications for the social sciences and business. Gladwell became a successful public speaker after writing his bestselling books. In 2005, Time Magazine named Gladwell one of its 100 most influential people. Gladwell's most famous quote comes from his book, Outliers; he states that "It takes about 10,000 hours of practice to become an expert..." at any competition or task. Gladwell was appointed to the Order of Canada on June 30, 2011. Gladwell describes himself as a Christian. He was raised in the Mennonite tradition, and wandered away from his Christian roots when he moved to New York, only to rediscover his faith during the writing of David and Goliath and through his encounter with Wilma Derksen. In 2005, Gladwell commanded approximately $45,000 for his speaking fee. His books include: Outliers, Blink, What the Dog Saw, and David and Goliath. 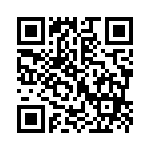