Stephen A. Barney is Emeritus Professor of English at the University of California, Irvine. He edited and annotated Chaucer's Troilus for The Riverside Chaucer (1987) and also as a Norton Critical Edition (2006). He is also the author of The Penn Commentary on 'Piers Plowman', Volume 5 (2006).

W. J. Lewis is a translator and editor. Her previous translations include two works by Galen: Hippocrates on the Nature of Man and On the Elements According to Hippocrates and she co-translated On the Properties of Discourse: A Translation of Tractatus de Proprietatibus Sermonum with Stephen Barney, Calvin Normore and Terence Parsons (1997).

Jennifer Beach is an independent classics scholar and senior documenter for a software engineering company. She worked for several years at the Thesaurus Linguae Graecae and continues to explore the relationship between classics and computer technology.

Oliver Berghof is Associate Professor of Comparative Literature at California State University, San Marcos, and Lecturer in Humanities at the University of California, Irvine. His previous publications include Georg Forster: A Voyage Round the World (edited with Nicholas Thomas, 2000). 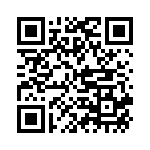