Robert J. Sternberg is Dean of Arts and Sciences at Tufts University. Prior to that, he was IBM Professor of Psychology and Education in the Department of Psychology, Professor of Management in the School of Management, and Director of the Center for the Psychology of Abilities, Competencies, and Expertise (PACE) at Yale. He continues to direct the Center from Tufts. He is the author of more than 1000 journal articles, book chapters, and books, and has received over $18 million in government and other grants and contracts for his research.

Henry J. Roediger, III is the James S. McDonnell Distinguished University Professor of Psychology and the Dean of Academic Planning in Arts and Sciences at Washington University in St. Louis. He received his BA from Washington University and his Ph.D. from Yale University. His research has centered on human learning and memory and he has published more than 170 articles and chapters on various aspects of memory. In 2003, he was named to the Institute of Scientific Information's list of Highly Cited Scientists.

Diane F. Halpern is Director of the Berger Institute for Work, Family, and Children and Chair and Professor of Psychology at Claremont McKenna College. She received her PhD in Psychology at the University of Cincinnati where she received the Distinguished Alumna Award in 2003. Dr Halpern was the President of the American Psychological Association in 2005. 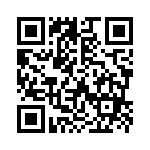