Mary L. Dudziak is professor of law, history, and political science at the University of Southern California. Her books include Exporting American Dreams: Thurgood Marshall's African Journey, September 11 in History, and Legal Borderlands. 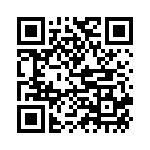