Digging down through the list of unread books on my shelves; the next one to surface was 1985 which was published in 1978. It has the feel of something being cobbled together, probably stemming from a ... Read full review

The prose is clear, and Anthony Burgess' distopian future is a more right-wing version of a country where the evil labour unions have paralyzed the economy. Orwell's world had a more generalized view ... Read full review

Anthony Burgess (1917-1993) was a novelist, poet, playwright, composer, linguist, translator and critic. He is best known for his novel A Clockwork Orange, but altogether he wrote thirty-three novels, twenty-five works of non-fiction, two volumes of autobiography, three symphonies, more than 150 other musical works, reams of journalism and much more.

He was born in Manchester, England and grew up in Harpurhey and Moss Side, went to school in Rusholme, and studied at Manchester University. He lived in Malaya, Malta, Monaco, Italy and the US amongst other places, and is still widely read all over the world. 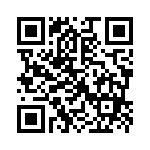