Sally Jupp, an unwed mother from St. Mary’s Refuge for Girls, has been given the position of house-parlourmaid at Martingale. She and her baby have housing and income from this recent change. Besides ... Read full review

Good book, but a little dry for my current tastes. I honestly had a little trouble keeping the characters straight in my mind and I didn't like a single one of them, including Dalgliesh. I enjoyed this more back in the day. I suppose my tastes have changed. Read full review

P. D. JAMES (1920-2014) published nineteen novels, two works of non-fiction, a memoir, and many distinguished essays. Most of her novels have been broadcast on television, and The Children of Men was the basis for an award-winning film. From 1949 to 1968 she worked in the National Health Service and subsequently in the Home Office, first in the Police Department and later in the Criminal Policy Department. She was a Fellow of the Royal Society of Literature and the Royal Society of Arts. Her commitment to public service included serving as a Governor of the BBC, on the Board of the British Council, and as a magistrate in Middlesex and London. She was an Honorary Bencher of the Honourable Society of the Inner Temple, and was elected President of the Society of Authors. She received honorary degrees from seven British universities, was awarded an OBE in 1983, and was created a life peer in 1991 as Baroness James of Holland Park. 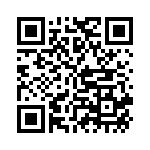