Both the ISBN and the cover think this is Volume 1. What does Google know that they don't?

Alastair Campbell of Airds was, until 2001, Council Member of the National Trust for Scotland, and between 1996 and 2001 held an honorary Research Fellowship at the University of Aberdeen. He is Chairman of the Advisory Committee on Tartan to the Lord Lyon. 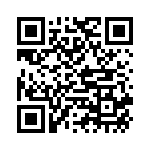