Amy Coplan is Associate Professor of Philosophy at California State University, Fullerton. Her primary research interests are in philosophy of emotion, aesthetics (especially philosophy of film), feminist philosophy, and ancient Greek philosophy. She has published articles on the nature and importance of emotion and on various forms of emotional engagement with film, including empathy, sympathy, and emotional contagion. She is currently editing a collection on the film Blade Runner for the Routledge series Philosophers on Film.

Peter Goldie was the Samuel Hall Chair in Philosophy at the University of Manchester. His main philosophical interests included the philosophy of mind, ethics, and aesthetics, and particularly questions concerning value and how the mind engages with value. His books include The Emotions: A Philosophical Exploration (OUP, 2000), and On Personality (Routledge, 2004), and the co-authored Who's Afraid of Conceptual Art? (Routledge, 2010). He edited Understanding Emotions: Mind and Morals (Ashgate, 2002), and The Oxford Handbook of Philosophy of Emotion (OUP, 2010), and co-edited Philosophy and Conceptual Art (OUP, 2007). 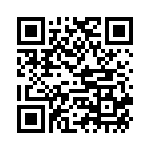